Relais & Châteaux Domaine La Butte aux Bois in Lanaken has been rewarded by Toerisme Vlaanderen with an incredible 5***** Superior classification – the first ever in Flanders. At the end of last year, the gourmet restaurant La Source was awarded a second Michelin star… it’s raining stars in Lanaken!

From manor to top hotel. La Butte aux Bois’ hotel history goes back to 1986. The entrepreneurial Bullens family decided to convert the neo-Tudor style manor built in 1924 into a hotel and restaurant. The name comes from the French and means ‘hill in the forest’. In the years following the opening, La Butte aux Bois quickly developed into a prestigious luxury hotel and gourmet restaurant. The hotel became a member of renowned hotel association Relais & Châteaux, leading to the securing of important international distinctions such as a first Michelin star in 2013 and a second Michelin star in 2017 for the gourmet restaurant La Source and Chef Ralf Berendsen.

Wellbeing at the highest level. In 2017 huge reconstruction works were completed and the hotel complex expanded with 20 extra luxury rooms and the grand 1,350sqm Spa Retreat La Forêt. Relais & Châteaux Domaine La Butte aux Bois thus added a new dimension to its already vast lifestyle and wellness offer and confirmed its status as a top hotel in Europe. 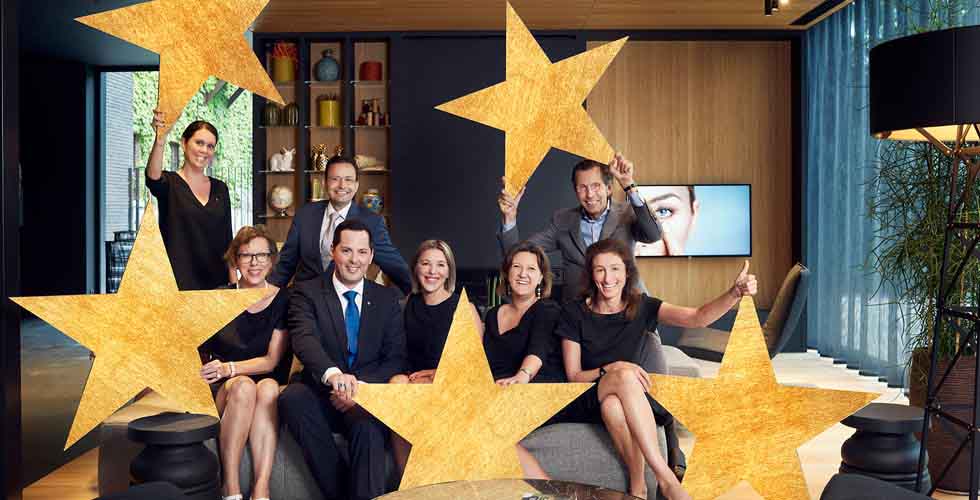 Recognition based on objective criteria

Relais & Châteaux Domaine La Butte aux Bois is the very first hotel to be awarded the 5*****S hotel classification by Toerisme Vlaanderen. The recognition – following a thorough inspection – is based on a series of objective criteria that have been established by star category. The extra ‘superior’ is a sign of recognition and appreciation for the complete offer of facilities and comfort and in particular the exceptional quality of service and professionalism of over 100 staff members.

As explained by hotel director Marc Alofs: ‘Until last year our guests mainly came from Belgium and Holland, due to our proximity to the Hoge Kempen National Park and Maastricht, and local events such as TEFAF and André Rieu concerts, as well as the increasing fame of our gourmet restaurant La Source, of course!

Since the addition of Spa Retreat La Forêt and our new lifestyle and wellness offers, as well as the second Michelin star for La Source, we welcome more and more international hotel guests from countries such as Germany, England, France, the US and even Canada. They are true epicureans who travel the world to find culinary hotspots and special hideaways. Used to their experiences on an international level they have very high demands in quality and service. This requires not only professionalism but also engagement and flexibility from every single one of us and at every moment of every day. We aim for perfection – it is necessary if we wish to be and stay successful at this level within the industry. The performance pressure in the catering sector is huge and an award such as this gives us a huge boost to continue. Gratitude is not always obvious in this industry, which is why being recognised with the 5***** S classification pleases each and every one of us to the utmost.’

Tweets by nichedest
For privacy reasons Twitter needs your permission to be loaded.
I Accept
We use cookies and analysis software in order to design our website as user-friendly as possible. By proceeding, you accept using this service. More info Settings Ok