Belgium’s Restaurant La Source is located in the Lanaken region, whose 30 Michelin-starred establishments in a 100km radius are rivalled only by Alsace as a dense cluster of excellence.

Chef Ralf Berendsen and his team, renowned for signature dishes that surprise and delight beyond expectation, have taken the culinary thesaurus to new places with their inspired variations on the theme of gastronomic harmony. Combinations such as Périgord foie gras with Chinese yuzu tangerine and Belgian ginger beer are a magnet for pilgrims to this temple of foodie indulgence. Rare talent and originality have earned La Source 2 Michelin stars and 4 Gault & Millau toques and won acclaim from critics and culinary authorities world-wide.

The pure décor lets the food speak for itself. Diners enjoy views into the kitchen, out over the landscaped gardens or, in a separate area, of the impressive open fireplace. The list of 400 exquisite wines collected by expert sommelier Thijs van Sambeeck offers a choice of bottles to complement every dish. 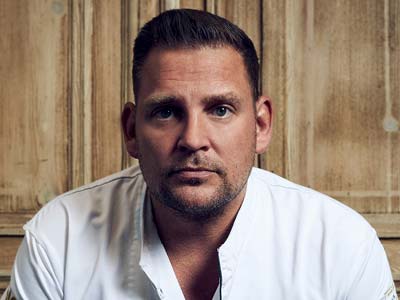 Experience a day in a two-Michelin-starred kitchen with Ralf Berendsen and his team at Restaurant La Source in La Butte aux Bois in Lanaken… he runs a tight ship!
More

Why not turn your culinary experience into a full-blown lifestyle experience? Add an overnight stay at the 5-star superior Domaine La Butte aux Bois and time in the eco-chic Spa Retreat La Forêt for the ultimate break.

La Source is part of the 5-star superior Domaine La Butte aux Bois in Lanaken, Belgium. Just 5km from Maastricht, a 25-minute drive to the German border, and 1.5 hours’ drive to Brussels.

For privacy reasons Google Maps needs your permission to be loaded.
I Accept

BOOK A TABLE
We use cookies and analysis software in order to design our website as user-friendly as possible. By proceeding, you accept using this service. More info Settings Ok